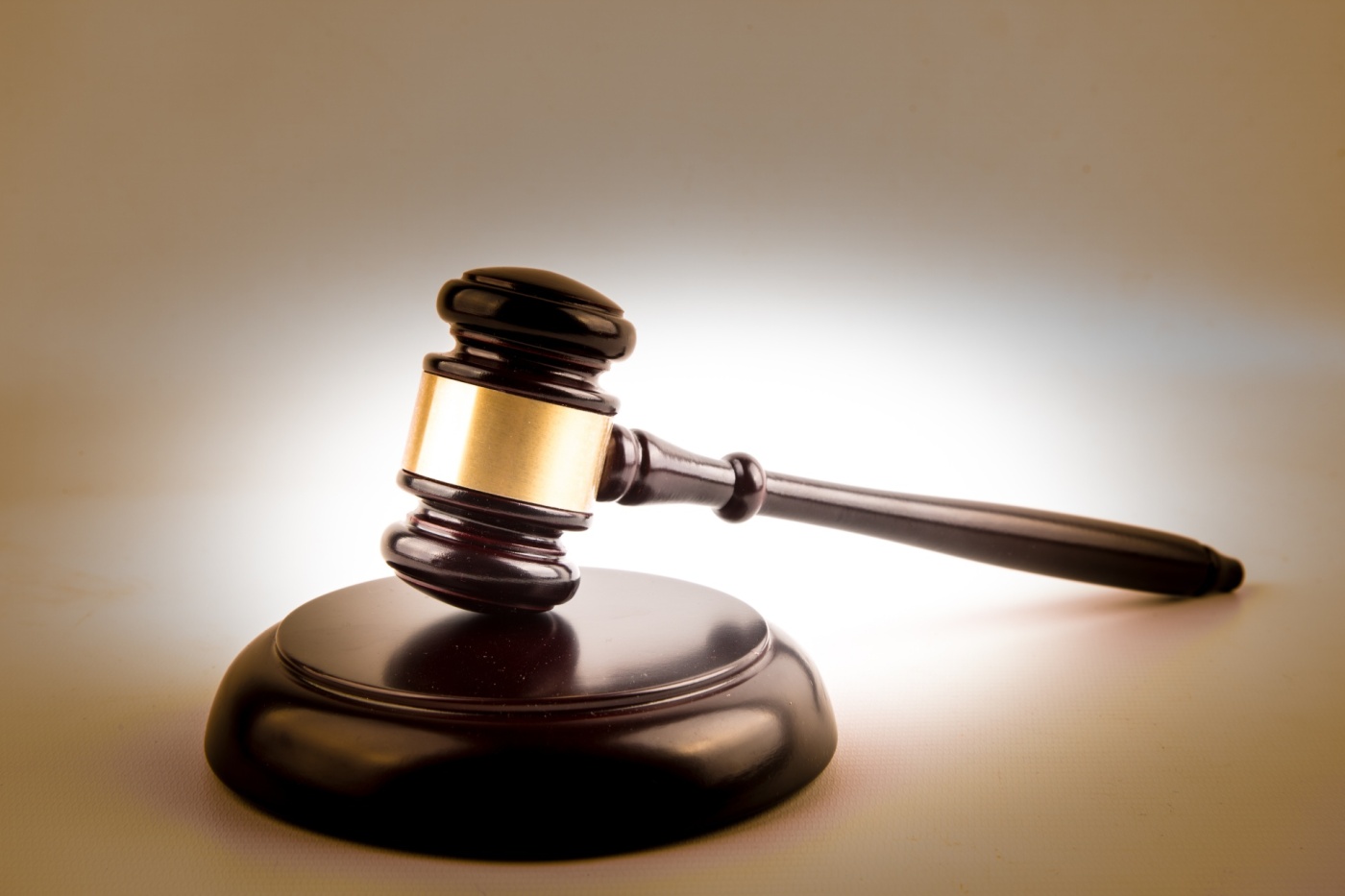 You’ve heard it said, “Nobody likes to be judged.” But I say to you, “Everyone wants to be judged.” Or at least, if they’re in their right mind they do. How do I figure?

Judgment takes any number of forms, each an evaluation and pronouncement whether a thing is good or bad, innocent or guilty, beautiful or ugly, approved or disapproved, accepted or rejected. These evaluations help us navigate society and shape our behavior, because we naturally tend toward things that meet with approval and acceptance and shy away from things that are disapproved and rejected. Both puppies and toddlers can be trained by judgment, because they will alter their behavior to get approval and acceptance and avoid the opposite, and eventually these alterations become habits which become lifestyles.

“Judge not” has replaced “For God so loved the world” as the most popular biblical line because our disdain for negative evaluation is so crazy strong. No one likes to be weighed and found wanting. Recently my daughter Violet, just turned three, said to my wife while in the checkout line, “Mom look, that guy is so ugly!” Evaluation and pronouncement. And even the negative evaluation of a toddler can hurt – especially if it’s correct.

The fear of disapproval and condemnation can be a powerful motivator to restrain bad behavior:

“Do not grumble against one another, brothers, so that you may not be judged; behold, the Judge is standing at the door.”

But favorable judgment is actually one of the most pleasant, even glorious experiences known to man. When fair season comes, the 4H kids bring all kinds of things before judges, voluntarily and even eagerly, hoping to meet with their approval and win that blue ribbon. Bring on the judges!

It’s always a little risky putting one’s self out there for judgment. Before putting herself out for public evaluation, a woman might ask her husband for a private one: “Does this dress make me look fat?” She’s not only asking what he thinks, she’s asking him to anticipate the response of other people. She’s trying to avoid her husband’s disapproval, but she’s also trying to avoid everyone else’s disapproval. If she gets the dress right, and his eyes start to sparkle, a goofy grin spreads across his face, he’s struck dumb by her beauty, and his heart flutters like it did back in high school, she can hit the town in full confidence that she will be deemed beautiful by other people too. And then she can’t wait to be judged, because that approving judgment – “Oh, you look so lovely tonight!” feels really, really good.

I think a large part of the allure of social media is it’s a place we can constantly be judged, and almost always approved. Besides, we can more or less choose our judges, and block the ones that consistently judge us negatively. The odds of a positive verdict went up substantially after the “thumbs down” button disappeared. And there’s lots of judges available online. Potentially millions of them, if you can manage to catch their attention, which we all want to do. Who doesn’t dream of going viral and gaining the applause and admiration of thousands of people? “Like and share” is a gentler way of saying, “Judge favorably and get me more judges!” Who knows, maybe this is the article that finally makes the world recognize my literary genius.

We don’t share lifeless data merely for the sake of spreading information; we post pictures, videos, stories, thoughts, indeed we display our lives upon a global stage, inviting friends, acquaintances, and even complete strangers to render some kind of evaluation and pronouncement. The rush of approval, that dopamine hit, is powerfully addictive and leads some to live more of their lives online than in “the real world,” since approval comes much quicker and thicker though social media than in actual society. Besides, it’s far easier to carefully craft the perfect image online, editing out the blemishes in our character, our lifestyle, and now even our face. Once the bad stuff is edited out, there’s nothing left to share but our glorious perfection, and nothing to do but bask in its approval. No wonder we love it so much.

There’s a darker side to this, of course. Romans 1 ends with a long list of pretty reprehensible behaviors, including,

I don’t know anyone who aspires to be foolish, envious, haughty, or a gossip, so why are people this way? Here’s one reason Paul gives: “[T]hey not only do [these things] but give approval to those who practice them” (Rom 1:32). People love being judged approvingly so much they’ll even do what they know is evil, just so they can get that good feeling of being approved. We get what gets celebrated because we want to be celebrated, and when evil gets celebrated, we’ll get to doing evil.

We must be very careful about which judges we pay any mind, whose applause makes us take a bow, and whose criticism makes us whither. On the one hand, we should consult the court of public opinion when judging whether or not a man might make a good elder: “[An elder] must be well thought of by outsiders” (1 Tim. 3:7). If the people outside the church think he’s a brute and a lout, maybe the people inside it should think twice before giving him any authority over them. On the other hand, sometimes it’s best to just ignore what people think about us, or even what we think about ourselves: “[W]ith me it is a very small thing that I should be judged by you or by any human court. In fact, I do not even judge myself” (1 Cor 4:3).

That’s almost impossible to do, especially for young people. I remember the pain of my brother evaluating and pronouncing me “stupid.”
I went running to my mother, “Mom! He said I was stupid!”
She looked at me and asked, “Well, are you?”
“No!”
“Then don’t worry about it.” And she went on with whatever she was doing.
Good lesson, well taught. More Moms and Dads should do that.

The Bible presents Jesus to us as the supreme unignorable Judge, an image meant to strike fear into the souls of those who stand at odds with him, since they will see him

But for believers, Judgment Day is something to anticipate, something that gives hope and comfort. Paul, at the end of his life, seems to have been very excited about meeting the Judge:

[T]here is laid up for me the crown of righteousness, which the Lord, the righteous judge, will award to me on that day, and not only to me but also to all who have loved his appearing.

Notice Jesus doesn’t hand Paul a crown of righteousness because he’s Paul’s buddy and is kindly disposed to him, he does so in his capacity as judge, which means Paul has been examined before a court of law and the Judge righteously reviewed all the evidence in the file, said, “Crown of righteousness for Paul,” and slammed the gavel down. With a verdict like that to look forward to, no wonder Paul was itching to get before the bar. As a cherry on top, he knew his powerful enemies who judged him most disapprovingly could never appeal Christ’s most favorable, perfectly just ruling. That had to be encouraging to this man sitting on death row. Bring on the Judge; sooner is better!

The expectation that Judge Jesus will say, “Well done!” to faithful believers is meant to make them look forward to judgment. Jesus’ promise, “The one who conquers, I will grant him to sit with me on my throne” (Rev 3:21) is encouragement to stay faithful and true to him. If the approval of men is valuable to us (and it is, way more than we care to admit, and some love it so much it’ll take them to hell, John 5:44, 12:43), how much more valuable is the approval of Almighty God?

For those who love Jesus, and by faith take up their cross and follow him, Judgment Day will be the greatest, happiest, most glorious day of their lives. All other judgments by all other judges will be rendered null and void and forgotten, judgments positive and negative, glowing and scorching, the ones we lived for, the ones we feared, the ones that made us feel like something, the ones that made us feel like nothing. They’ll all be superseded by the unchangeable, unappealable, and perfectly just verdict of the righteous Judge who “shows no partiality” (Rom 2:11). This reality should make Christians live soberly and uprightly in light of that day, longing and even “hastening the coming of the day of God” (2 Peter 3:12).